Fresh off her Emmy-nominated series for Discovery and her 13-episode travel series for Flicker and Fujifilm, Valentina Vee will open up about every single thing it takes to put together an effective documentary series. The entire workflow will be covered, from what to expect during pre-production to how to organize months of footage, manage multiple audio sources, edit multicam, color correct, implement music and sound effects, create map graphics, and much more. If you’ve ever felt daunted by the mere idea of tackling a multi-month, multi-episode project, this is for you. 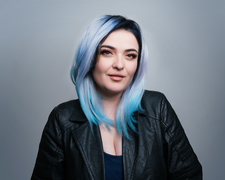